Skip to content
Posted on September 9, 2015 by dremadrudge Posted in Uncategorized

Okay, so maybe yesterday’s writing day wasn’t quite that bad, but it felt as if it were. Mondays are always bad writing days because I’ve had a weekend away from it. Once I’ve started writing, it’s hard to stop. But get me away from it and every doubt and fear comes flooding in.

Yesterday wasn’t Monday, of course, but it was the first day of the work week after a holiday. Same difference. We are just back from a fast yet heartwarming trip to Nashville to see our kinder, which was awesome.

So yesterday was a “Monday” after a trip. But wait, there’s more: my Dear Husband has been fighting a nasty cold/sore throat for a couple of weeks now. My body is flirting with that as well…it hasn’t decided yet whether it wants it or not. I say not.
I never sleep well when we travel, so there’s that, too. 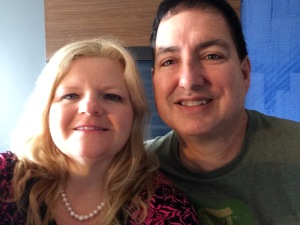 Anyway, after this much anticipated trip I was expecting to sit down with my WIP and just blaze along as I had been doing before I left it.
Do you suppose novels pout when you take time off? Because I’m thinking that’s a real possibility. I have a writing quota I insist on meeting at each writing session, so I plugged along, but it was work. And it’s no good at all. As in, I can’t imagine more than a few paragraphs will make it into the final book.
The point is, though, I kept to my quota. I’m proud of that even though I’ve not written so poorly since I wrote those ridiculous article summaries for Mr. Chafin in 8th grade science. He’d assign us ten a month, more if we were loud. I counted the students in class, multiplied that by the number of classes he had, and quickly decided that there was no way he was going to read everyone’s summaries. So I began with a decent paragraph or two on topic and then I started writing about whatever I wanted to or, more frequently, I wrote nonsense: repeated lines reading “My dog has fleas,” (IDK why), the injustice of teachers who make you do assignments that you know they’ll never read, how my hand was cramping after writing a whole page of nothing.

I may even have inserted paragraphs about the story I was enthralling my classmates with at the time, a tale called “Armithea the Wild” about an ancestor of mine. I got her name off a faintly etched tombstone in the family cemetery. Someone in the family thought she might have been half Cherokee. Note: this was never confirmed and later I learned I misspelled her name terribly. Those seated closest to me in lit class always asked to see the latest pages about her and I furtively handed them copies of my romantic tale of the young woman with the long dark hair. I seem to recall she rode a horse and she was pursued by someone tall and dark and yes, handsome. That’s about it.
Back to my science tale: The first time I turned a bundle in that way to him, I was terrified. After that, not so much. I had the urge to let him in on the secret after the school year, because I knew he had a sense of humor. But I also had seen his ire, so I decided to keep it to myself and a few well chosen classmates who crowed along.
The sad thing was, I really liked science, but not as punishment. Had he given us the fascinating science mags and not made us write summaries of articles, I would have read them anyway. Had he discussed the material with us I would have possibly considered a career in science. So maybe it’s a good thing he didn’t.

One quick Mr. Chafin story: He was teaching us about measuring and he had me pour water into a beaker at the front of the class. Somehow I over poured and the water ended up all over the floor. Of course I apologized profusely as he and I cleaned it up. “Yes, yes, dear,” he said, wiping at the desk with a piece of brown paper towel, totally unphased. I’ve never forgotten his kindness.

Hey, I just sneaked a peek at this terrible, horrible, no good (okay, I’m truncating the title of the book I’m ripping off, I know) writing from yesterday. Get this: “Nature gives without asking for anything. I trust it so much more than other things. Nature doesn’t dissemble.” I’m not saying that’s good writing. Ugh on so many levels. I’ll be ripping that out for sure. I’m just pointing out that my writing yesterday could be said to have some science in it.
Maybe Mr. Chafin got through without even trying.
And maybe today’s writing will be better.

P.S. I realize that there aren’t spaces between some of these paragraphs, but after trying and failing to make that happen, I’m actually eager to get back to my real writing, so I’ll have to try to cure this later. And I want to go ahead and post it because I think it may help me with today’s writing. So sorry in advance…

In the meantime, enjoy some more photos of my beloved family. I miss my children already.